Transaction Capital Recoveries (TCR) holds a unique position as the largest operating company within the Transaction Capital Risk Services (TCRS) Group. It is responsible for driving a significant part of the Group strategy. Still, it needs to make strategy their own by excluding irrelevant elements of the Group strategy and including details that need to be front and centre for them.

For this reason, the TCR leadership team set out to design their own five-year strategy that would guide their organisation to success.

While they needed to develop the right strategy for the company, it had to be in the context of the TCRS strategy. Therefore, both a top-down and bottom-up approach was required; this meant buy-in from the TCRS executive team and the TCR leadership team.

Creating focus needed to be a key objective of the process. While the team had thought through all the things they could be working on, this backlog of priorities did not focus on the most important things that would drive strategic growth in the business. Therefore, the team needed to distinguish between business as usual and strategic imperatives to make sure they balanced their focus appropriately.

To drive engagement, the TCR vision and strategy needed to be communicated to the whole company. This needed to be at the appropriate level of detail – inspirational and aspirational to resonate with a very diverse and large workforce.

The first step was to understand the group context in which TCR is operating, which included the TCRS Group vision and strategy. Then, for each of the Group’s strategic themes and related objectives, the TCR leadership team needed to decide what they would own and drive (and be accountable for), what they would contribute to and what was not relevant for them.

We facilitated this process through a series of individual engagements with the executive team and three team workshops. These engagements provided the team with the ability also to define their vision. The TCRS vision was used as the starting base, but then it was debated, adapted, and then adopted as their own. The various workshops enabled continuous alignment and clarification of the desired future state.

With a clear vision statement, we then shifted focus to drafting strategic themes. These form the pillars of the strategy that would guide decision making going forward. Each theme had a set of objectives that highlighted what success would look like. These objectives could also be seen as a hypothesis of how the team was going to achieve their strategic theme.

To make the strategy actionable, we assisted the team in going one step further to identify the initiatives needed to drive the strategy. They debated and iterated on these numerous times together to ensure clarity and focus. Accountability was assigned for each initiative, which was paramount to getting traction going forward.

A detailed strategy is necessary but is not applicable to the entire organisation. Therefore, we worked with the team to highlight key points to communicate to the rest of the company. We translated this into a compelling story which was packaged into an engaging animated presentation.

The process of engaging the wider team through individual interviews and team workshops lead to a vision that is clear and well understood by everyone. It allowed for drafting an actionable and ambitious strategy that was realistic enough given the full team’s understanding of capacity and capabilities.

The result was the following:

The communication of the strategy to the broader team through an animated and engaging presentation ensured even wider engagement and further contributed to increased chances of successful implementation over the next five years. 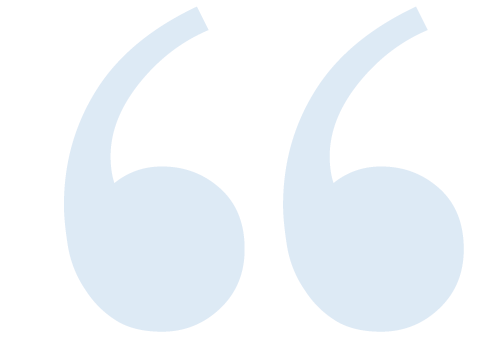 Step showed great insight into our business, and I would definitely recommend using Step. The approach and tools utilised were very good and kept the team involved and responsive. Sessions were handled professionally and ultimately allowed for a clear, precise and executable strategy that keeps the executive team accountable for delivery.”

We’re Step Advisory, strategic growth advisors. We exist to grow significant businesses and serve their leaders. We do this by informing choices, catalysing strategy, and accelerating growth.